FYI: I'm not going to debate anyone about my opinions on President Obama. Don't bother with that nonsense around here. If you want to talk about the book, cool. I'm not doing political debates on my book review blog. 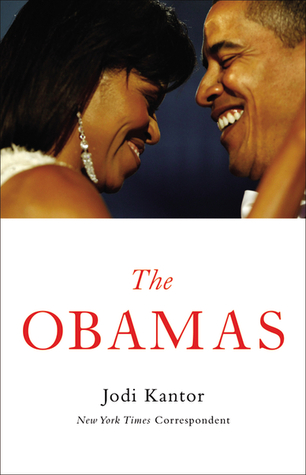 So I wonder if, in an attempt to appear unbiased, the author realizes just how far she went out of her way to make the Obamas nearly unlikable. I absolute love the Obamas, and if Barack could have run for a third term, I'd have voted for him. Michelle is one of the top five people on my list for best shopping buddies. But if I did not know anything about them, and I had only this book for knowledge, I would think Michelle was angry all the time, super controlling and unwavering in her opinions, never one to compromise with anyone. And Barack - a pompous introvert? Really? The author's little play with his supposed 'I told you so" looks was ridiculous. I have never seen two people more in love, more electric, more everything. I guess the author thought she was being so sly with her 'sources' but ultimately this is poor writing at its best, or worst, however you want to look at it. The author tries the, "look at me with all the insider knowledge" garbage, and it comes off as abrasive and condescending. Do not bother with this one.
Posted by Sarah @ All The Book Blog Names Are Taken at 9:28 PM