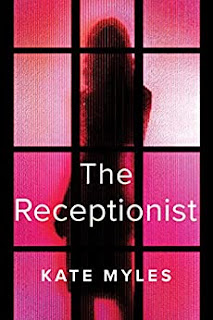 When one possible sociopath (the wife) and another definite sociopath (the affair) cross paths because they are in relationships with the same man, this is what happens...

At least, nothing for a majority of the book. The intro was gripping and I expected the majority of the book to keep my attention in some kind of way. It did not. It was basically the husband being a lying, cheating, drug-addicted douchebag, the all-knowing wife planning on how to exit the marriage while lamenting her pregnancy, and the affair being a fucking weirdo ON TOP of being a sociopath who beat the bejeezus out of her grandmother many years ago, after her mom at one time tried to kill her with a knife.

The ending was incredibly cheap. It was not the shock that I think the author hoped it would be. I was left incredibly annoyed by what was happening when my suspicions were confirmed during the 911 call made by the wife, which had actually been introduced in the very beginning though at that point we did not know who made the call.

The epilogue, written by the daughter as her diary, wrapped everything up and she is the only character I felt anything for. This poor girl has to live with the entire town knowing what happened to her parents - at least, what the evidence looked like. The "official" story is not the actual truth, but no one will ever know that.

I've said before that I enjoy unreliable narrators. Sociopaths are sometimes the best kinds.

But the author really ruined it with the ending.

If you can get it for free and are still interested, have at it. Otherwise, pass. Basically, don't pay for this one.

Posted by Sarah @ All The Book Blog Names Are Taken at 1:09 PM