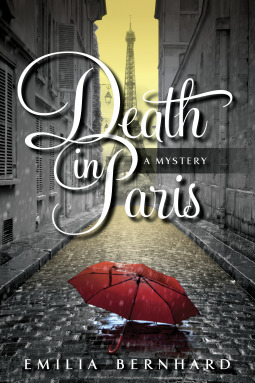 If you have been reading my blog for a while, you might know that at the end of 2016 I had a huge crisis in that I was dangerously close to not reaching my reading goal, so in the last few weeks of the year I found via BookBub every free cozy mystery and chick lit book I could and devoured them, sometimes a dozen a day. In the end it was not enough and I fell short by a few books. But, I discovered a couple really true things:

1. Chick lit is stupid and terrible

I spent a lot of time making fun of the sub-genre name because it just sounds silly. In fact, my Goodreads shelf is called 'wtf does cozy mystery mean' despite the fact that I do actually know what it means. Doesn't stop it from being silly, though. Anyway, I really like it because usually the books feature some quirky fun characters, interesting mysteries that are not too yucky (mostly) and are also quick reads and fun. My fave series is the Mercy Watts series, even though I absolutely raged against the first book, mostly because of its inaccuracies about Lincoln, Nebraska. I went to college there, and all of it was just WRONG. But, I didn't give it up because the boxed set of the first three plus a novella was $.99 one day. After that I paid full price for the rest of the series (no worries, only $3.99 each) and devoured them just as quickly. Two words: Chuck Watts.

You might be wondering what the hell any of this has to do with Death in Paris and really, nothing directly. However, I used the above as an example in that I do know what a cozy mystery is, and this is not one of them, though it is kind of billed as such. It has parts of the formula there in the way of the two amateur sleuths, but that's about it. It came across to me as very serious, though the main characters were funny in unintentional ways, which is basically whenever they made a wild leap in logic. It didn't happen all the time, but often enough that I took note of it. There weren't intentionally funny or quirky characters, no granny packing heat, no Star Trek-themed restaurants, none of the sort.

To be clear, this does not by any means make it a bad book. It simply was not what I expected. I really liked the actual mystery aspect of the book in the who-dun-it realm, but had some issues with the main characters, Rachel and Magda.

And really, I should have known, because, THAT COVER. It's a simple and stunning cover, but entirely too serious for a little cozy mystery. I thought there might still be some hope for it to be cozy, seeing as how the victim had a heart attack and ended up face-down in a bowl of soup. I mean, it is not terribly nice to laugh at anyone's death, even a fictional character's, but come on!

Rachel is an American living in Paris and had previously dated the man who was murdered. It was twenty years previously, and they had no contact over the years really, but even though the relationship had been important to her, it was almost like she and her sleuthing buddy treated it like a game to see if they could solve the mystery. They constantly referred to detective shows and such, and while I do not think it was the author's intention for the characters to come across that way, that is how it felt to me based on their words and actions. In addition, they never really felt real, or maybe whole, to me. They were good friends, that was evident in the writing, and supportive of one another, but they did not ever become whole in my mind. Maybe that is simply because this is the first book in the series, and we will learn more about them in future books, but I feel like it is pretty important for that character development to be there from the start, or there is little incentive for readers to keep coming back. There was not some unique hook about either of them. I honestly could not even tell you a single detail about what Rachel looks like, her hobbies (besides freaking out about a random bottle of wine, and writing poetry), nothing. Same for Magda. if I read any of those details, I don't remember them now.

Even though the usual suspects were rounded up, the ex-wife, the son, the poor college student/assistant, the butler, the girlfriend, there were nice little motives for each. Even if they were all complete clichés, at least they were full characters I felt. More so than the main characters really, and that is not a great look if further books will be centered on Rachel and Magda solving mysteries in future installments. I am not entirely clear on that aspect, it was my understanding this was the first in a series, though I wasn't sure if each story will have new characters and simply be connected by all occurring in Paris.

The biggest issue for me was the way the mystery came about. Rachel read about Edgar's death in the newspaper and at the funeral home with Magda overhears a conversation where someone mentions that there was a bottle of rosé on the table when he was discovered. Rachel is immediately convinced that he was murdered because when they were dating (twenty years prior) he HATED that stuff and would never have had it out for himself. This leads her to believe that someone else was with him, and since that person has not been discovered, then that person must then be the killer. It should come as no surprise that the police do not believe her. And really, it did seem silly. he and Rachel had no contact in that twenty years despite parting on friendly terms. She does not think it possible for even a single second that over time he changed his mind about the offending drink. It was just a bit silly and she comes across as very naive in thinking he was the exact same man when he died that he was when they were together. I also felt like so many of their guesses or theories beyond that initial discovery were pure luck when they turned out to be correct. Or a secondary character popped up just in time to give them some direction or a clue or something.

Lucky for her, she was right. Or unlucky I suppose, depending on how you look at it. Equally lucky for Rachel, Edgar made a request in his will that she be the one to organize his home library, so she has plenty of opportunities to investigate from the inside. I was especially partial to that aspect of the story because what a dream that would be, recording and cataloging a huge collection of rare books. *Sigh*. What a dream that would be - especially if I could take any one book I wanted. This was, of course, not incredibly detailed, as it was not the focus of the story. Boo.

I am sure this may come across as being to picky. After all, most cozy mysteries require some suspension of belief about something related to the sleuthing. But still, there were just too many little things that added up to make this a potential series I likely will not return to, unless there is some improvement on character development. That part is really important to me, especially when it comes to the amateur sleuths. If I don't feel like I know the character, I end up not really caring if she solves the mystery or not.
Posted by Sarah @ All The Book Blog Names Are Taken at 2:05 PM