November 29: Holiday Gift Guide freebie (ten books to buy the YA lover in your life, 10 books to buy for your dad, etc.)

Thank you as always to The Broke and the Bookish (link above) for providing hours of entertainment pouring over lists of fellow bookdragons.

My list is comprised of books you should consider buying for the person in your life who just can't let go of Titanic and is forever heartbroken that Rose literally let go of Jack (even though she had to in order to survive). As a treat, there is also one listed that you should definitely AVOID, because it was not good at all.

If you are in any doubt, I am one of the aforementioned people who remains enthralled by Titanic (not just the movie). Although, the 15 year old in me still bawls for the last 45 minutes of the film. I can't even handle it. I'm 33 now #SorryImNotSorry

Onto the list, as always, in no particular order. 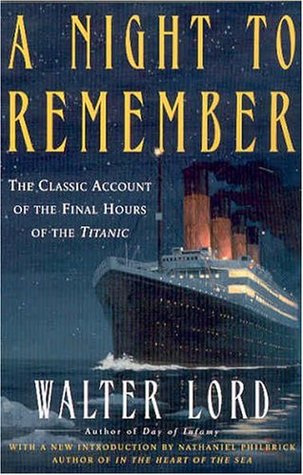 1. This is THE definitive account of the sinking of Titanic. Lord spoke to so may survivors and tells the story so eloquently, you feel like you are there. This and Ballard's book may be the top two books required for any Titanic-lover's bookshelf 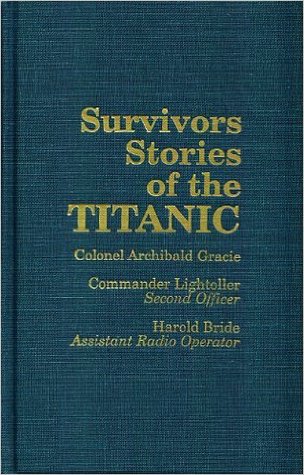 2. As you can surmise from the cover, this book contains accounts of three well-known men who were able to survive the ship's sinking. Though Lord's book is fantastic, there is something very special about reading the account in the words of those who were there. 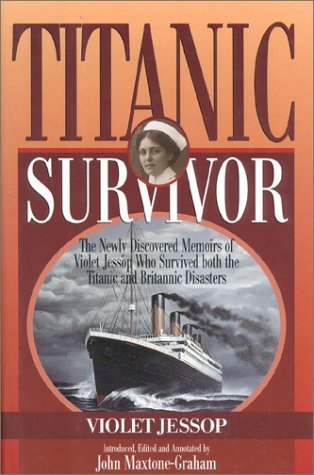 3. While I could have done without the book's "editor" who kept butting his nose into the story and speaking for Violet, this is another account of survival. What I enjoyed about this one and what makes it different from the previous book is this one solely focuses on Violet Jessop, her life growing up, and what she did before and after the sinking. Very nicely told, and truthfully the 'editor notes' were unnecessary. 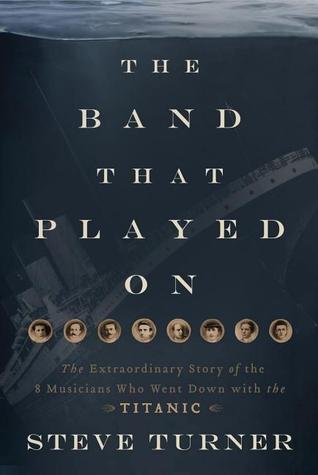 4. If you thought the story of Titanic's sinking couldn't get any more sad, think again. This one was especially rough, if for no other reason than a reminder of how little we know about some of the men, women, and children who were lost in those early morning hours in April. But even so, the author does do a fantastic job with what is known, especially in regards to Wallace Hartley, the bandleader. This one is a must. 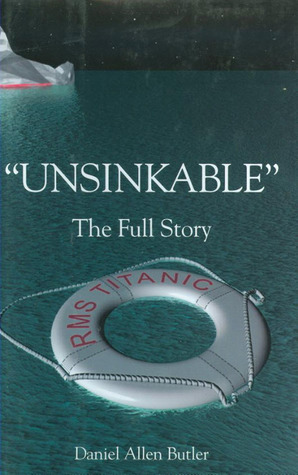 5. Incredibly thorough account of the sinking. So thorough, in fact that another book that came out six years later seemed to borrow quite liberally from it in certain paragraphs relating to the account of the actual sinking. Do not confuse the two in any way. "Unsinkable" is head and shoulders above this one:

and I do not recommend the latter at all. You can check out my review on Goodreads for a more thorough explanation as to why this one is not worth the time. 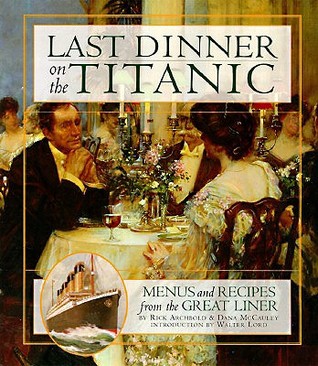 6. On one hand it seems in poor taste to recreate a dinner party from Titanic - particularly the last dinner served, but on the other hand it is always interesting to see meals and desserts and sides and such that were popular in a specific period. Plus, I pretty much love to eat, and the focus is not specifically on the last meal served, but the overall menu and recipes. If I had any kind of talent related to cooking, I would actually give some of these a try. 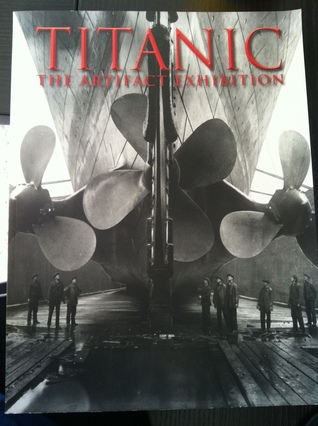 7. I've seen the exhibit a few times and it never ceases to amaze me. Again, this is kind of morbid - here we are strolling through displays of items belonging to people who died that night, or managed to survive but are no longer living. I am very much against the idea of treasure seekers mining Titanic for artifacts to sell to the highest bidder. That is disgusting and where the ship lays is a graveyard that deserves respect. But there is also this curiosity and awe of the great liner that I believe will never be sated, simply because there are so many things we don't know and will never be able to find out. It is my hope that the site will be protected from the greedy who seek to exploit it, and the ship and her ghosts be left in peace until she is finally completely reclaimed by nature and is no more.

There are a few more books I would like to make note of, though I have not yet read them myself. They are books that have been recommended to me by those I trust based on my interest in the subject. I can not definitely say that they are all winners, but I have included a few of them here. 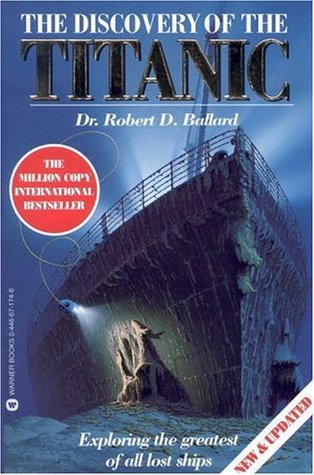 It is kind of embarrassing that I have not read this one yet. After all, he is the one who rediscovered the ship. It is a priority though! 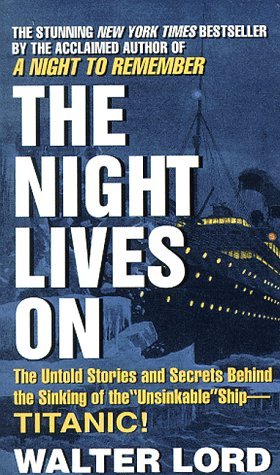 I have a copy of this but can't for the life of me find it. I am beginning to think it got mixed in with some books that I sold to Half-Price Books by mistake, in which case I am going to be devastated. 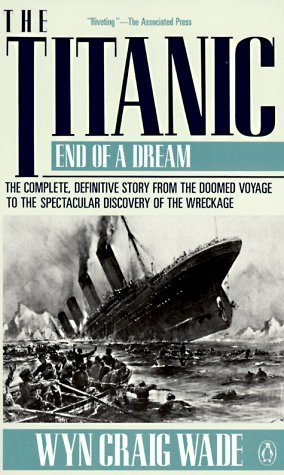 I know nothing of this one except a friend recommended it. For what it's worth, the rating on Goodreads is 4.01 currently. 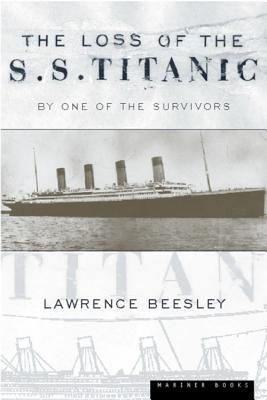 This one is a bit hard to find, as it was originally published by Beesley just two months after the sinking. These firsthand accounts are so worth it if you can find them though. 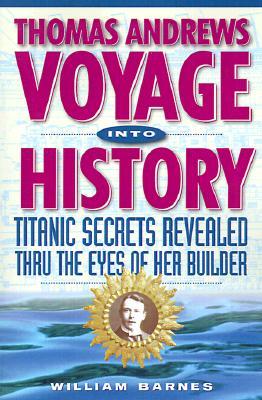 I really want to read this one because there are not many biographies dedicated to Thomas Andrews out there. On the other hand, this author has another book in which he claims in his previous life is WAS Thomas Andrews. I am not completely dismissing it as hokum, as I have not read that one, but it is highly suspect to say the least. If you get to this one before I do, let me know what you think! 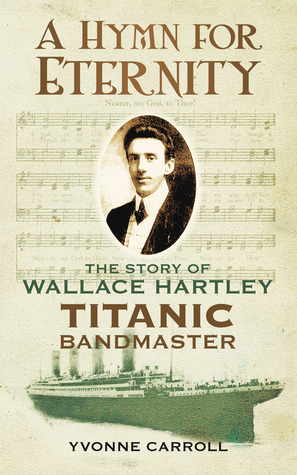 I am interested to see if there really is enough material to fill a book solely about Wallace Hartley. I suspect not, which is why the previous book on my 'Read' list worked so well - it was about all the members of the band and not just one. Still, being the bandleader, Hartley is the one who might know the most about, even if that still amounts to very little actual fact. 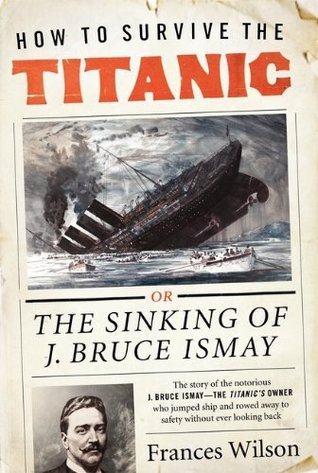 Perhaps it is unfair that we judge Ismay so harshly. Or perhaps we are right on target. Like so many other aspects of the sinking, we will never know if he gave the orders to Captain Smith to speed up, or if he was strictly a passenger along for the maiden voyage. I am inclined to believe he encouraged it, given how in-the-know it appears he was about everything else going on. Another mystery. 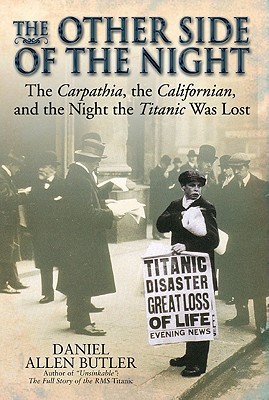 Gimme gimme gimme. If the Californian's captain really did behave in the way suggested, and ignored the distress calls, he is every bit as guilty as others who made terrible decisions that night. 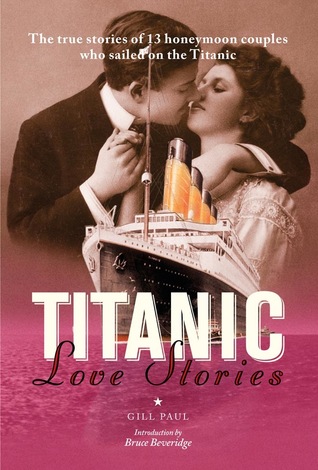 I'm not sure I will actually be able to sit through this one. I can't think of too many more heartbreaking ways to spend your honeymoon than watching the ship of dreams sink with your new husband on board. I am hopeful that at least some of these stories will have happy endings though.

There are many more books to list, but I figure it's time to put the kibosh on it when the books-I-haven't-read list is longer (9) than the books-I-recommend (7). If you are interested, I have a whole slew of them on Goodreads, (plus a couple I rated 3 Stars that I did not consider list-worthy), on my unsurprisingly named 'Titanic' shelf.

Let me know what you think and leave a link to your own TTT so I can take a look. If you're so inclined, hit that 'Follow' button at the top right and I'll be sure to do the same for you if I have not already!

Happy Reading,
Sarah
Posted by Sarah @ All The Book Blog Names Are Taken at 11:01 PM