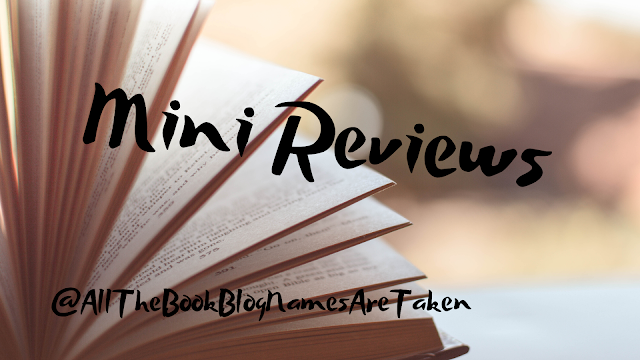 I have kind of a strange and specific love affair with the Old West. It started when I saw Tombstone, naturally. Never mind the historical inaccuracies! My 12-year-old brain didn't care (I was only ten when it came out, Mom made me wait until it was on VHS to see it) or even recognize, actually, those inaccuracies. I was forever from that point on destined to be in love with Val Kilmer as Doc Holiday and Bill Paxton as Morgan Earp.

As I began this set of mini reviews, I wandered over to IMDB to look at the entry for both Tombstone and Wyatt Earp, movies released within a year of one another, and can not remember why I have never loved Wyatt Earp as much as Tombstone. In fact, I don't ever recall seeing it. The cast alone was fantastic and it is probably one I am going to have to watch fairly soon.

Anyway, on to the reviews! 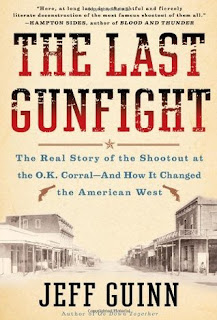 Rating ⭐⭐⭐⭐⭐
So the thing about Tombstone and the gunfight at the OK Corral is that it doesn't even matter what the true story is anymore - that the gunfight was really not that big of a deal and it didn't even happen there anyway. The myth has grown to such epic proportions that no matter what is written about it until the end of time, it will remain THE defining event that everyone associates with the Old West, even if it came at nearly the tail-end of the era it now embodies.
Guinn does a fantastic job putting together the real history and it was a page-turner like no other for me. In this sense, Guinn is 100% accurate with the subtitle in how this event "changed the American West". He does not mean that this non-event event changed the Old West itself, but changed and molded how we would perceive those days decades and now a century on. There is no question that 4 out of 5 people would say the OK Corral or Tombstone if asked to name a place in that time.
The research into this is massive, detailing everything we can possibly know about the Earps - complete with Warren and James, two Earps I did not even know existed, who had even been in Tombstone at various times when Virgil, Wyatt, and Morgan lived there. Of course there is also Doc Holiday and Big Nose Kate, plus the Clantons and McLaurys, plus Johnny Ringo and Curly Bill of course. The backstory is phenomenally told, how the cowboys came to clash with the sometimes-lawmen. The author used a plethora of sources available for the first time here, including diaries and letters of those involved - even the sketch Wyatt drew of the shoot-out and its end. I learned so much more about Johnny Behan and his connection to Wyatt.
You won't find nearly as much information about Wyatt's vendetta ride to avenge Morgan's murder here as there was the lead-up to the gunfight. For that I highly recommend Tombstone: The Earp Brothers, Doc Holiday, and the Vendetta Ride from Hell by Tom Clavin, which is also superb. Instead, once the smoke has cleared so to speak, much of the aftermath involves the inquests into the deaths that occurred that day - Billy Clanton's, as well as the McLaury brothers.
Even though I love Tombstone dearly (true story - I just ordered the DVD because of course now I want to watch it), the real story is just as interesting, if not more so. It is no secret that the Earps were not always as law-abiding as they're made out to be in popular works. The book does a good job clearing away that bit of myth. One might even say they understand why the Clantons and McLaurys were so pissed off; you can't really blame them. So, there are not straight heroes and villains here, everyone is a little bit of both. And there is so much more information here than a movie would ever have room for to explain adequately. So, I see why the story was simplified for the big Hollywood blockbuster (except it kind of wasn't, I don't think. I don't actually remember.)
Highly recommend, especially for those who enjoy a good chunk of Old West history. 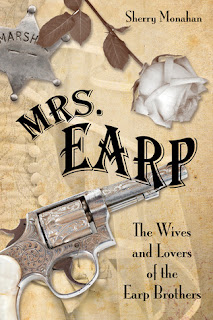 Rating ⭐⭐⭐⭐
It is very easy to feel sorry for a lot of the women who became known as a Mrs. Earp at any point in their lives. They were often common-law wives who were easy to leave - as Wyatt himself could attest to. It would seem that the father of some of the most famous lawmen in history started off with this idea himself, marrying a total of three times in his life. The author is also quick to point out that while several of the Earp sons would go on to marry multiple times, there may be even more wives that we don't know about. I would not be surprised one bit.
I really enjoyed the focus of this book. The author does a fantastic job with what I imagine would be very limited source material to bring these women to life behind their passive roles in movies like Tombstone. The book is a quick read and I like that she includes transcripts of letters written by various Mrs. Earps. Live in the West would have been hard enough, but I could not imagine trying to survive out there while also following a husband with wanderlust in his veins. This is a very special group of women who are finally having their stories told and a must-read for those interested in the history of the West. 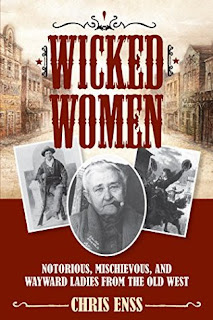 Rating ⭐⭐⭐⭐⭐
Just the kind of ladies I would love to read about! Much like the previous title, I was happy to find this gem and learn more about the women who populated the frontier towns aside from those who are already well-known.
Women in the West could be just as tough, if not more so, than the men they kept company with, if they chose to do so. Plenty of women were outlaws and gamblers with their own reputations, saloon owners or soiled doves. The point then, as it still is today for so many women, they did whatever they had to in order to survive. If that meant anything from prostitution to murder, then so be it.
Each woman in the book is given a certain amount of pages for her brief biography, recounting her adventures. I feel a book like this is important because in many cases, this might literally be all we know about many of these women and they deserve to have their stories told, out of the shadows of their male counterparts. Sadly, so many stories were similar in how they came to find themselves unattached in a dangerous time and place. Each chapter opened with a highlight or major event from the woman's life. The author then made great use of personal items, such as letters and diaries, or even interviews given later in life when their gun-slinging days were long behind them.
A recommended read for those with an interest in the period and/or badass women who took care of themselves.
Posted by Sarah @ All The Book Blog Names Are Taken at 7:49 PM