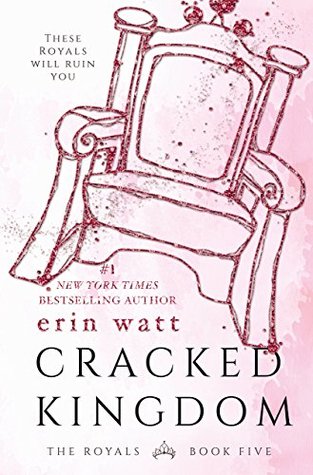 Okay, so I almost always read non-fiction. Then my author/blogger pal Candace from Literary Dust posted one day a long while back that this book called Paper Princess was on sale for $.99. I had seen tons of people talking about it, so I tried it.

It was terrible, one of the worst books I have ever read in my life. You can see my review HERE, along with Candace's reaction to my review.

Candace convinced me to give the rest of the series a try. I did not spend my money this time, but checked them out from the library. To my surprise, the books got marginally better even though I still think Reed is a raging psycho.

I was super excited to find out book four would be about Easton, because I have a soft spot in my heart for that big dumb lug who is addicted to everything. I was even more excited to read it and actually really liked the book.

You can imagine my delight then to see he would have a second book. How wonderful that would be.

How very wrong I was.

Instead of recapping everything that is horribly wrong with this terrible book, I am just going to paste in the Facebook conversation between Candace and I, after our first-ever buddy read of what turned out to be one of the absolute worst books I have ever read. It might even be worse than the first one, which is saying a lot because I haaaaaated that book. Easton deserved SO MUCH BETTER.

You'll see in the beginning how excited we are. Things go south quickly.

Sarah: omg I hate you. Because now I am thinking about spending $2.99 on this damn book.

Candace: I think I'm going to have to! They didn't do ARCs this time because it would have made the release date longer!

Sarah: I already bought it.

Candace: Lol when are you going to read it? We can buddy read it!

Sarah: We can do blog posts about it and I can loathe myself for getting suckered into this stupid book. But, it's EASTON. And I want him to not die before the age of 20.

Candace: I'm almost positive he'll straighten up in this one

Sarah: I hope so. But yes, let's do a buddy read. I was going to start it tonight after I get home from, ironically, Bible Study

Sarah: Yes, sounds good to me! You know we will stay up late and finish it tonight, right? I've also just read a bit now and Hartley's dad already made a snide remark about the boys needing DNA tests because who knows which ones are Steve's. UGH.

Candace: Lol!! Yes!!!! Dude if he ends up being Ella's brother I'm going to puke.

Sarah: Same. But would you reeeeeeally be surprised? This whole series is so ridiculous.

Candace: I'm only at 53% but does Easton not care that his brother is in the hospital??? He's only really concerned with Hartley!

Candace: 76% and it is feeling like a Lifetime movie

Candace: 81%. How can he be her everything if she doesn't remember him from before so it's like she just met him but claiming love?

Sarah: It was so ridiculous!! She's asking him questions and he's like, I don't know, we never talked about that. It was all too neatly tied up. And wtf, Ella and Reed randomly get married??

Candace: I was more concerned with Dylan moving into a house full of hormones!! What kind of weirdness was that???

Sarah: Right, and when she says she will marry the twins? Okay, Lauren.

Candace: So is there going to be a book with Dylan and the twins...

Sarah: I hope not, because I really can't stand the twins

Candace: This was seriously bad, and I mean I liked all the other ones except for that terrible Gideon book.

Sarah: omg YES!! His was awful, thank God it was free.

Candace: I don't even know which twin is which. It like, same personality.

Sarah: Right, and they kept talking about how Sawyer was the tough one and Sebastian was the nice one. And I'm like wtf, we NEVER hear from them.

Candace: Why wasn't Easton and Ella's kiss brought up? Or did I miss it??

Sarah: Lol, then again, look at all the other fucked up things going on. I suppose incest it not even the worst thing any of them have ever done.

Candace: They had Dylan acting like a perv too.

Candace: LOL! Easton's my fave, but he apparently now is all of the sudden prince charming. His addictions magically disappear???

Sarah: Right. He's super addicted to gambling and a raging
alcoholic. Also a sex addict. But, whatevs. Let's keep all the hormones together and see what happens. Callum is such a doofus.

Candace: And then Callum flies off while his kid is in a coma???

Sarah: RIGHT??? WHAT THE FUCK.

Candace: And like I said earlier, Easton was rarely even with Seb. He was never mad about the wreck!

Sarah: Yeah, because he was so worried about his girlfriend that he hardly knew, since every time she asked a question about her life, he didn't know the answer. At least he is taking responsibility for the wreck because it was his drunk ass that that caused the fight and her to leave. Easton is my fave but this book sucked.

Candace: That's true. But she didn't look when she was backing out. And the twins were idiots speeding and I guess not wearing a seat belt? Also, Seb didn't break anything from going 70 and flying out a window????

Sarah: They do speed all the time, we can't forget that was mentioned over and over. No breaks, just a personality transplant. I WANT MY MONEY BACK. Seriously, I am going to return it. This was awful.

Candace: I was okay at first with it but it was just too much of a mess. The only thing that surprised me was Steve killing himself.

Sarah: Just returned it. Steve shocked me too, he always managed to get out of everything. I mean, he was a murderer just walking around doing whatever.

Sarah: So dumb. So so dumb. They should have had ARCs go out. Who cares that it would have been delayed. Maybe then it would not have been SHIT.

Candace: Even Hartley's personality seemed to change. In the last book wasn't she pushing him away more? Here all of the sudden he was her SUN! After like a few days. How much time even passed? I don't even know! Besides Seb waking after two weeks. Also that Kyle guy was pointless.

Sarah: It was all stupid. A big pile of stupid. Easton deserved a better book. He's not suddenly no longer addicted to EVERYTHING. Seb was dumb. All the sudden he's at school after the coma.

Candace: I thought the last book was really good and not as over the top, but this one was just I don't even know!

Sarah: Yes! I loved the fourth book because it looked like Easton could get his shit together. But we will never know if he really could, or if it only happened because Hartley had amnesia and he had to take care of her.

Candace: I'm guessing the authors just wanted to make it magically disappear. They could have at least said he was going to AA with Hartley's support or some crap like that.

Sarah: Yeah, it was all just stupid. This was awful. So awful. So. So. Awful. I can't believe I am going to give an Easton book 1 star. But I have to.

Sarah: Ugh. I don't know. This was baaaaaad.

Candace: Also we know the twins will be one book since they are practically the same person...they won't have their own!

Sarah: Yeah, that's true. Can I use this conversation for my review? I seriously cannot be bothered to write a review when we touched on everything that was so stupid about it.

So, there you have it. It was bad. So, so bad. Blech. It's really too bad, because the covers are gorgeous.

Email ThisBlogThis!Share to TwitterShare to FacebookShare to Pinterest
Labels: 1 Star, Buddy Read, Kindle Guilt, NOT YA