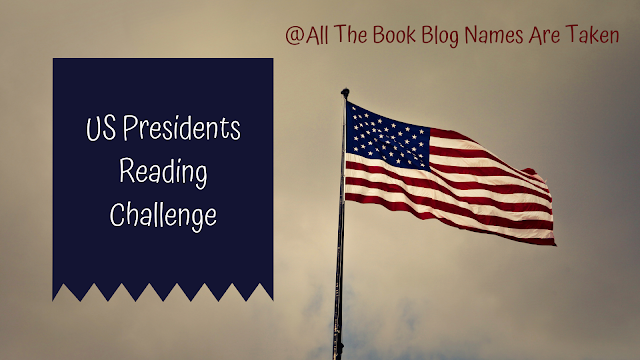 This is the second third FOURTH year in a row as of December, 2020 that I have made it an official goal to read a book about each president NOT named Washington, Lincoln, or Kennedy. I will still read books about them I am sure, but I need to branch out and learn about all of these great and not-so-great men who were chosen at various times in history to lead the greatest nation on earth.
**EDIT** 12-28-2020: Massive fail. This is no longer going to be a reading goal of any kind. As I read books about the various presidents, I will add those here. That's it. No more goal.

**EDIT** 1-1-18: Here we go again, wish me luck! Sometimes I may choose to not write a full review of the book, for lack of time. I may write up something short, in which case the link will take you to Goodreads.

**EDIT** 3/29/17: With me now working on my own book project, I have decided that while attempting this goal, I will not necessarily being doing a full review for all of the books. I will still rate them and say a few things or make a few notes, but to try to maximize my time, something has to give. I am juggling reading president books with Eleanor of Aquitaine jumping about inside my brain and while I enjoy the busy-ness of it all, I have to be realistic about what I can accomplish while also being a momma and an educator.

Lincoln's Last Trial: The Murder Case That Propelled Him to the Presidency by Dan Abrams, 5 Stars (2018)

37. Richard Nixon:
Watergate: The Scandal that Brought Down a President by Charles River Editors 3 Stars (2017)