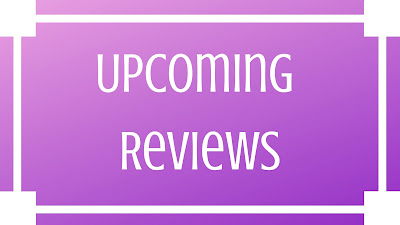 There are any number of reasons that a review might not be written immediately after I've finished a book. Perhaps it is an ARC review that the author or publisher has requested be posted in a certain time frame; it might also be that I am short on time at that moment; I might need a while to decompress after what I've read; or, last but not least, I might just be in Lazy Mode, where all I want to do is lay on the couch and read, not sit at my desk and write. Luckily, Lazy Mode doesn't typically last too long. Here you will find the list of all upcoming reviews, and hopefully find books of interest as well. Books are grouped by subject when applicable, but may be reviewed individually (i.e. most ARCs).
Man-Made Disasters
Curse of the Narrows by Laura M. MacDonald
Paradise: One Town's Struggle to Survive an American Wildfire by Lizzie Johnson
Under a Flaming Sky by Daniel James Brown
Empire of Pain by Patrick Radden Keefe
Dark Tide by Stephen Puleo
The White Cascade by Gary Krist
The West Plains Dance Hall Explosion by Lin Waterhouse
The Cruelest Miles: The Heroic Story of Dogs and Men in a Race Against an Epidemic by Gay Salisbury


Shipwreck: The Strange Fate of the Morro Castle by Gordon Thomas and Max Morgan-Witts

Bringing Columbia Home: The Untold Story of a Lost Space Shuttle and Her Crew by Michael D. Leinbach

Touching History: The Untold Story of the Drama That Unfolded in the Skies Over America on 9/11 by Lynn Spencer

The Eleventh Day: The Full Story of 9/11 by Anthony Summers

Out of the Blue: A Narrative of September 11, 2001 by Richard Bernstein

Fall and Rise: The Story of 9/11 by Mitchell Zuckoff

The Day the World Came to Town: 9/11 in Gander, Newfoundland by Jim DeFede

A Nation Challenged: A Visual History of 9/11 and Its Aftermath

Why America Slept: The Failure to Prevent 9/11 by Gerald Posner

The Only Plane in the Sky: An Oral History of 9/11 by Garret M. Graff

Among the Heroes by Jere Longman
Living in the Crosshairs: The Untold Stories of Anti-Abortion Terrorism by David S. Cohen

Every Last Tie: The Story of the Unabomber and His Family by David Kaczynski
Everything You Love Will Burn by Vegas Tenold
September 11: The Unfolding of 9/11 and its Aftermath by the AP

The Holocaust/WWII
The Happiest Man on Earth by Eddie Jaku
The Lost: A Search for Six of Six Million by Daniel Mendelsohn
Treblinka Survivor: The Life and Death of Hershl Sperling by Mark S. Smith
999: The Extraordinary Young Women of the First Official Jewish Transport to Auschwitz by Heather Dune Macadam
My Grandfather Would Have Shot Me: A Black Woman Discovers Her Family's Nazi Past by Jennifer Teege
Escape From Auschwitz by Andrey Pogozhev
Searching for Schindler: A Memoir by Thomas Keneally

The Last Jew of Treblinka: A Memoir by Chil Rajchman
The Nazi Officers Wife by Edith Hahn Beer
Hitler's Last Secretary by Traudl Junge
Survival in the Shadows by Barbara Lovenheim
50 Children by Steven Pressman
The Betrayal of Anne Frank by Rosemary Sullivan
Crime and True Crime
Finding Chandra: A True Washington Murder Mystery by Scott Higham
Last Call by Elon Green
The Babysitter by Liza Rodman
A Sniper in the Tower: The Charles Whitman Murders by Gary M. Lavergne
The Texas Tower Sniper: The Terrifying True Story of Charles Whitman by Ryan Green
Lost Girls by Robert Kolker
Hell in the Heartland by Jax Miller
Furious Hours by Casey Cep
We Keep the Dead Close by Becky Cooper
American Eve by Paula Uruburu

If You Tell: A True Story of Murder, Family Secrets, and the Unbreakable Bond of Sisterhood by Gregg Olsen

A Death in White Bear Lake: The True Chronicle of an All-American Town by Barry Siegel

Killers of the Flower Moon: The Osage Murders and the Birth of the FBI by David Grann

Chasing the Devil: My Twenty Year Quest to Capture the Green River Killer by David Reichert

Scarface and the Untouchable: Al Capone, Eliot Ness, and the Battle for Chicago by Max Allan Collins

Unnecessary Roughness: Inside the Trial and Final Days of Aaron Hernandez by Jose Baez

Bad Blood: Secrets and Lies in a Silicon Valley Startup by John Carreyrou
Pop Culture
The Office: The Untold Story of the Greatest Sitcom of the 2000s by Andy Greene
HodgePodge
The Kensington Runestone by Alice Beck Kehoe
The Curse of Beauty by James Bone
The Last Madam by Christine Wiltz
Madam by Debby Applegate