State of the ARC is a monthly feature hosted by Evelina at Avalinah's Books - and now me, too! I took over temporary hosting duties back in early 2020. A couple months ago Evelina asked if I would like to co-host and of course I said yes! If you are new to the meme, you can check out the guidelines HERE.
Links go to my review. The majority of the ARCs I receive are through NetGalley. Some have come from publicists, or were offered to me from a publisher who specifically approved me for it on NetGalley; I will always note in the review how I acquired the ARC.
Currently Reading

The Twists and Turns of Living in Shanghai - Dec, 2019
(Held off on posting this review for a long time, will explain in review)
race against time - February, 2020
Anna Komnene - April, 2020

When I first started blogging my monthly State of the ARC I felt like I was drowning in ARCs. My main goal was to get my NetGalley feedback ratio above 80% and thanks to this meme, I slowly but surely clawed my way up. At my highest I was at 97%. I am currently at 92%.
How are you doing with your ARC goals? Let's talk ARCs!
Happy Reading
Sarah

Click here to enter
Posted by Sarah @ All The Book Blog Names Are Taken at 7:00 PM 2 comments: 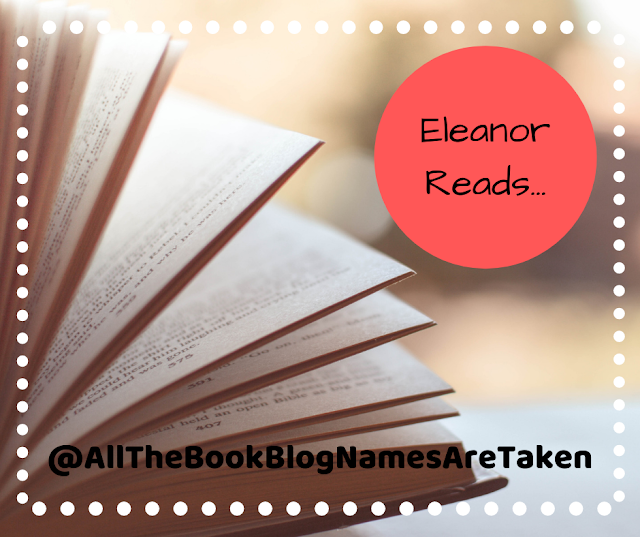 I figured I might as well stop calling this a 'special edition' seeing as how it is now a monthly thing. It started as a special feature when schools closed down in March due to COVID-19 and has continued since then.
Each month I will share the chapter books we've read in that period. We've been reading chapter books since before Kindergarten and her attention span as a four year old was definitely something to brag about. Eleanor was born a reader and that makes my heart so, so happy.

Do the kiddos in your life have an interest in any of these?
Happy Reading,
Eleanor and Sarah
Posted by Sarah @ All The Book Blog Names Are Taken at 1:00 PM 6 comments: 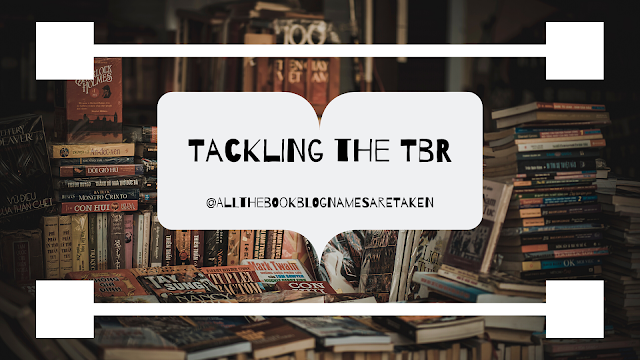 I've now completed two years of Tackling the TBR, trying to get my list under control. Even though the gains were not nearly as massive as last year, I am still so incredibly happy with the progress made and can't believe that I am finally coming in under 3k books! 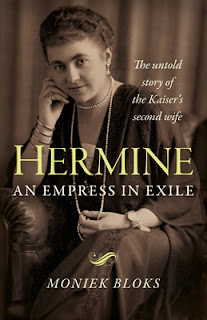 The publisher emailed me asking if I would like an ARC and I decided to take a chance on it, as I know surprisingly little about Kaiser Wilhelm II and his family and even less about his second wife, Hermine. I think it is quite possible to still want to know more about a subject without liking them very much and I feel like that is the case here. I never knew the Kaiser even had a second wife, and what we are given in this shorter biography certainly gives us glimpses of an incredibly turbulent life before she became the 'Empress' as he insisted she be called. Unfortunately the early years of her life and her first marriage were not the focus, so there is not as much information there. On the other hand, it could be that the author disclosed all she could, because that is all the information available. I do not know for certain because, as I said before, Hermine is completely new to me.

The Kaiser's children from his first marriage were extremely wary about Hermine and her brood of children from her first marriage and it is easy to see why. Ambition is something Hermine had in spades and to many it looked like her end-game was all about how high she could climb on the social ladder. Being referred to as Empress certainly high up there, but she wanted more. Hermine wanted Wilhelm restored to the throne and for the monarchy to rule again. She tried her very best to cozy up to Hitler in order to make it happen.

It is disturbing that not only did she seek his company for this end, but she seems to have genuinely admired him. This is enough to make anyone who is not a terrible person shudder, and it is one of the things that does make Hermine incredibly unlikable. She an hardly be blamed for wanting to improve her husband's standing, to see his family restored to the throne, but it was never going to happen. Everyone else seemed to realize that except her.

As expected, the aging monarch remained in exile and Hermine stayed with him in the Netherlands for their twenty year marriage. While the Kaiser could not travel far, Hermine could and she made several trips to Germany in that time. When Wilhelm died in 1941, Hermine had no choice but to return to her first husband's lands. The war raged on and after it came to an end, Hermine was arrested. She was placed under the watchful eye of the Red Army, and she died mysteriously, supposedly of a heart attack, at the age of 59.

Hermine had an incredibly interesting life, though she did herself no favors with her attitudes and behaviors, which made people question her motives. Though to be fair, I think the Kaiser's children would have acted the same way toward any new wife of their father and that it was not all specifically about Hermine.

Recommended for those with an interest in Germany's history.