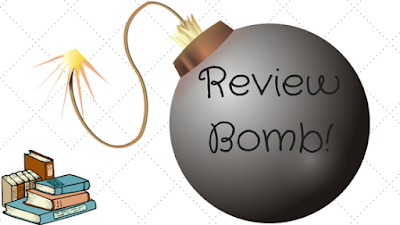 Buffy the Vampire Slayer is the greatest show ever. If you don't think so, we can't be friends. 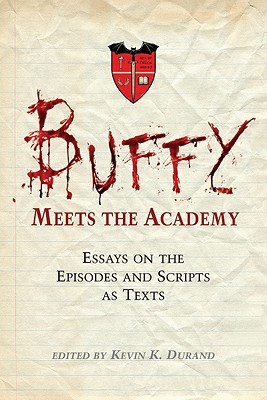 I always appreciate when Buffy is taken seriously as one of the greatest shows worthy of our continued interest and discussion, because it truly is one of the most simply complex shows ever. Joss is a genius. (Though, I will never forgive him for 'I Will Remember You'. It hurt TOO MUCH.)

This Buffy book (and there are TONS), looks at the show itself, the scripts, as the primary text and what we can learn from them in that way. That the show is something special can not be denied, even though I am constantly reminding people (It's been gone so long...I worry that Eleanor will grow up somehow not loving it as much as I do.) A wide variety of authors take on a number of subjects, including sisterhood, redemption, folklore, education, patriarchy, and so much more. For the most part I enjoyed the essays, though there were about a handful in particular I could not do more with than skim. And you must know, if an academic Buffy work makes ME skim...it isn't good. Not at all. BUT, I do not want my own personal opinion to color some else's so I have chosen to not share which essays they were.

The essays are divided into four different sections: Power and the Buffy Canon, Buffy Meets the Classics, Buffy, the Scoobies, and Beyond, and Buffy and the Classroom. Some sections were stronger than others, but it was still an interesting read overall. One of the things that is most important to me about Buffy is the idea of what is considered 'canon'. It frustrates me to no end that the comics are considered canon, and I refuse to read them. Once Angel went off the air, their lives have been paused and I wait hopefully that maybe just once, we could get a glimpse into their lives after it all ended.

I think the argument between scripts being canon, vs the actual episode that aired being canon is a really interesting argument. For me personally, I would actually consider the DVDs to be as such. Much like with Friends, there is always something more to those episodes in the unrestricted DVD format, as opposed to reruns or Netflix, where they only air the show as it was shown originally. I can see the argument for the scripts, but to a limited extent. As the show was filming throughout the week, Joss and Company saw what worked and what didn't, and revised from there. I would actually place the scripts as the lowest on the canon totem pole, with second place going to the aired version, and first place going to the DVD version.

One of my most favorite essays came from the second section about Buffy and the Classics. I really liked the essay by Elizabeth Bridges, entitled "Grimm Realities: Buffy and the Use of Folklore". This idea of folklore and fairy tales permeates the show (and one fairy tale reference often gets ignored - the line in Nightmares when the Master says, "A dream is a wish your heart makes" is totally from Cinderella and always seems to get left out. Just needed to point this out). So many people will point to Hush as one of Buffy's finest episodes of the whole series, and good Lord it is. When it first aired, I was in shock over how amazing it was. Even today, I still know the words by heart..."Can't even shout, can't even cry, the Gentlemen are coming by. Looking in windows, knocking on doors, they need to take seven and they might take yours. Can't call for mom, can't say a word, you're gonna die screaming but you won't be heard"...I still get a shudder down my spine when I hear it. This essay was just a really well-thought out response to the show's approach to using folklore throughout the series. And personally, I liked Killed By Death. 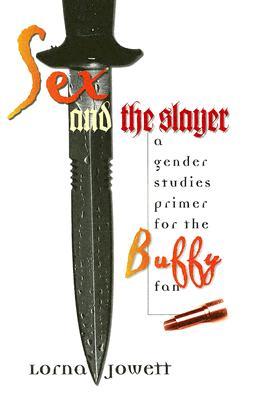 When I first finished this one, I was not quite sure how I felt about it. I initially rated it four stars, but after nearly six months away from it, I feel three stars is sufficient. I disagreed quite strongly with some of the assessments, particularly where Angel was concerned (don't come at me with any Spike nonsense. Buffy and Angel belong together, period). The author approached the show from a "feminist cultural studies" stand point (taken from the book summary), and I feel like a feminist point of view is a given when talking about Buffy. But, it is not only the female characters who are feminists, but the men in their lives as well. (Not the baddies like Caleb, of course.)

One of my biggest issues with this one is that it is the first Buffy book I have ever read that did not totally have my attention for the majority of the time. I still read it all, word for word, but it was simply not like so many of the other academics works I have read. I don't know, perhaps I was not in the right frame of mind to read it and was simply a little burned out, as I received many Buffy books around the same time, and if I were to go back with fresh eyes, things might look a bit differently to me. I don't want to say boring, really truly I don't. Buffy is anything but boring. So, a new look it shall have in the near-future.

Another issue I took related directly to this idea of gender binaries, and how this looked far different on Buffy. I took a lot of issue with the author's idea of New men being fake/pretend men. For me, Buffy has always been about completely dismantling of the outdated notions that a woman must be either feminine or feminist, that males are the only ones who are strong, and that emotion is almost wholly female. Time and again Buffy represented complete gender reversals and that was one of its strengths, the whole premise that the show was built on.

As the book went on I also found that the listing of even minor-minor characters in these various gender groups grew tiresome. it became less about analyzing how each character fit into a specific role, and about how many characters the author could find to prove her point.

Even though the book says it is a primer, I don't know that a casual Buffy fan would enjoy this much at all. And as I also disagree with some assessments, I don't know that I would recommend for anyone but the most loyal and intense of fans. 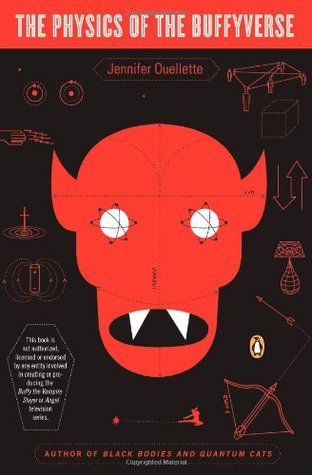 If physics had been taught solely like this, I might have actually taken the class in high school. But it wasn't, and I didn't, so, bummer for me.

The author uses, of course, multiple examples from Buffy and Angel to explain various scientific concepts. The only problem here is that you lean closer to the science side of things and farther from the Buffy side, the examples may not appear to make sense all the time. And vice versa if you are like me, and don't really have an interest in science, you might still struggle to understand bits and pieces. Nothing is so complex that I skipped over any parts, but a healthy balance between the two within a reader would not be terrible.

By far the section that interested me the most had to do with any apocalypse we might have approaching. It gave me a healthy fear of how terrible this will actually be when it does happen, and no amount of Big Bads that Joss can create could be scarier than the real thing.
Posted by Sarah @ All The Book Blog Names Are Taken at 11:18 PM