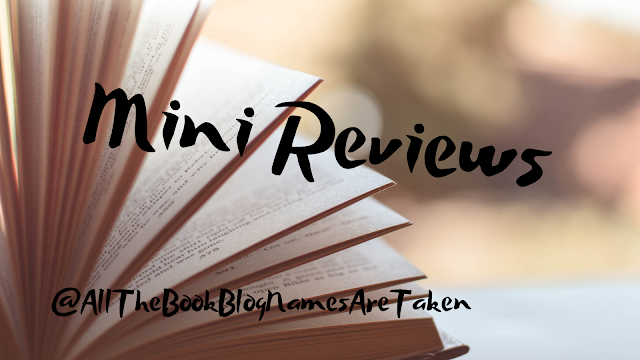 I feel a potential reviewing slump coming on so obviously the only way to stop it is to write lots of reviews about completely unrelated books. Here's hoping it works! 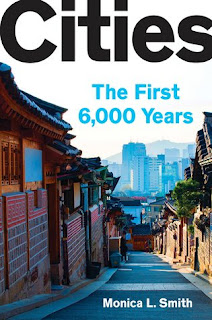 Rating ⭐⭐⭐⭐
I really enjoyed this book - but I am such a sucker for books about cities, city biographies so to speak. I love learning about how massive cities we now take for granted started out sometimes at tiny villages with futures no could have predicted.
The author does a fantastic job pulling together many threads - history, anthropology, archaeology, and our own modern observations. She is an archaeologists, so that level of expertise is welcome as she not only discusses the rise and fall of some major urban centers, but the process of discovering them.
We visit several fantastic locations around the world - Tenochtitlan, Pompeii, Tell Brak, and the like. In these city remains, and others as well, the author explains how over many thousands of years the city as we know it today emerged. As we journey through the ancient world, even through some of the author's own digs in India, we see that the world as we know it today has more in common with these cities of the past than we think. She makes a lot of comparisons between cities now vs then, and delves into the idea of cities impact the people who live there. I found this part particularly interesting; our environment impacts us as much as we impact it.
I also found her take on the future of cities to be of interest. The likelihood of all major cities simply collapsing over time is not necessarily a given. It's true that many cities in the ancient world came to an end at some point and were abandoned, otherwise archeological digs at these locations would not happen. However, for cities to simply end is not all that common. The citizens move elsewhere, taking the influence of their former cities with them when they move on to other cities, and the cycle continues.
Recommended. 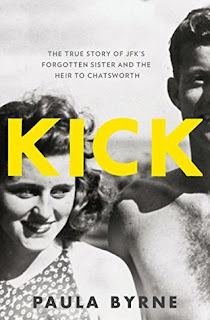 Rating ⭐⭐⭐⭐
I have a fairly good working knowledge of the Kennedys as a whole, but the bulk of my deeper knowledge revolves around Jack, Jackie, and JFK, Jr. I know some about Bobby, but only as he functioned in relation to JFK in the White House years, and then later in regards to his assassination. I was sixteen when JFK Jr. died and was absolutely gutted. Even at that age I remembering wondering how much more one family could take, and that Caroline was now all alone.
Side note: If you are one of those crazies who thinks JFK Jr. secretly survived the plane crash that killed his wife and sister-in-law, and that he would ever in a million years support the former guy and run as his VP, you can kindly fuck all the way off into the sun. A) That would never happen, given the fact that he was a Democrat who many thought could win the party nomination and presidency someday and B) Shame on your for piling more hurt onto Caroline every time you spout this nonsense.
When I came across this book I was delighted, as I am trying to learn more about all of the Kennedys. I am not sure why, and there are many detractors who deride the obsession our nation has with the family, but so many of us still can not look away. Even as the generation after Caroline and JFK Jr. have not managed to capture our attention the way their predecessors did, there are still many who read books such as this, about the eight children of Joe and Rose.
Kathleen, called Kick by her family, was Joe's favorite child and Jack's favorite sister. It is easy to see why. She was adventurous, charming, clever, hilarious. She made her debut into London society in 1938 when Joe was appointed the US Ambassador. London fell in love with Kick as well, as did a specific young man named Billy - William Cavendish, heir to the Dukedom of Devonshire and Chatsworth. They married despite protests of her family over the religious divide, and Joe Jr was the only Kennedy to attend the civil ceremony. Unfortunately a long life together was not in the cards, as Cavendish was killed in action while fighting in Belgium just a few months later. Kick would not live much longer than her husband, dying in a plan crash four years later, at age 28.
Kick was in many ways ahead of her time. She did what she wanted, when she wanted, and saw whomever she wanted - despite threats from her family that she would be cut-off on various occasions. Kick lived her life to the fullest, never minding a bit of scandal that came along with whatever she was up to.
Kick would become the second Kennedy child to die, but certainly not the last. Joe Jr was killed four years earlier in the war, around a month before Cavendish. Her beloved and favorite brother Jack would become the third in 1963, and from out of these family tragedies the so-called Kennedy Curse would emerge.
The author makes good use of sources, relying both on family stories and words by Kick's own in hand in the form of letters she wrote.
I would recommend this one to those with an interest in the Kennedy family dynamics and these 'forgotten' children who have been eclipsed by Jack, Bobby, and Ted.
Posted by Sarah @ All The Book Blog Names Are Taken at 10:32 AM