Quick Thoughts | Kill All Your Darlings 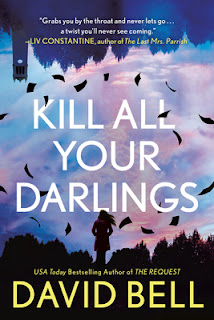 How does a book that started out strong end up being one of the most boring things I have read this year?? How?? HOW??

There was no twist, nor surprise, nothing. Just a plain old super obvious set of killers and the biggest letdown of the year.

How this book has garnered so much praise is beyond me.

Maybe because it tries to have themes of 'fuck the patriarchy' but that never really gets off the ground because the woman who would be the screaming that phrase over and over is the one who is dead and we only meet her in flashbacks or when others speak of her.

Also, one of the detectives tells the main character that they never released details about how Sophia actually died, but he was under suspicion because he used those exact details in "his" books. Yet when Madeline is speaking with another detective right after Sophia's death, she asks if it is true what people are saying online about Sophia being strangled and the detective CONFIRMS it. So how exactly were the details withheld?

I was looking forward to this one because I enjoyed The Plot, and the premises are similar in that they deal with stolen manuscripts and people taking credit for others' work. That is exactly where the similarities end and you are far better off picking that one up than this nonsense where you too will guess the killers within the first few chapters of this snoozefest and nothing is a surprise or twisty.

Posted by Sarah @ All The Book Blog Names Are Taken at 9:59 AM